What Is Disney World Like for the Holidays? See the Photos

Jungle Cruise gets a special holiday overlay at the end of the year. Timothy Moore

The first time I saw the Osborne Family Spectacle of Dancing Lights at MGM Studios (now Hollywood Studios) in 2000, I was hooked on the magic of Disney World at Christmastime.

But as an adult, I’ve quickly learned that expectations don’t always match reality.

Unsurprisingly, a lot of people like to go to Disney World for the holidays, so throughout November and December, anticipate longer lines for all the rides.

Rides that have special holiday overlays, like Living With the Land and Jungle Cruise (seasonally dubbed Jingle Cruise), may have even longer waits.

Springing for Genie+ or individual Lighting Lane passes, which let you wait in shorter lines, might end up being a good investment — particularly at Magic Kingdom and Hollywood Studios.

Ticket prices can get really expensive around the holidays. 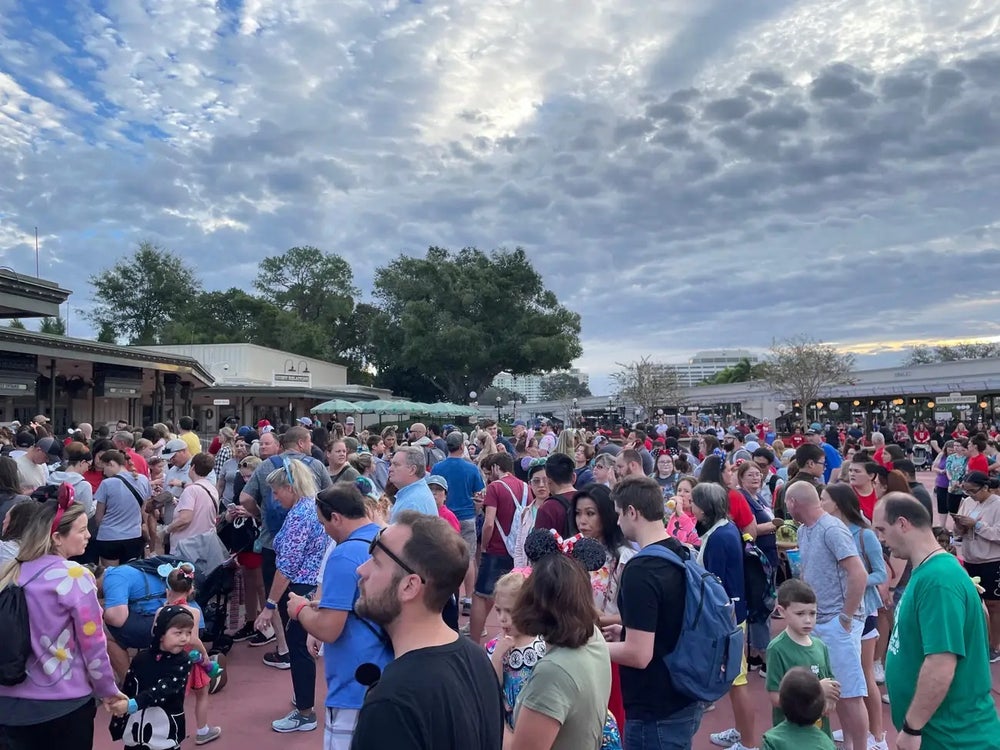 Crowds gathered outside Magic Kingdom and at the ticket booths. Timothy Moore

Prices skyrocket at some of the most popular times to visit, including spring break, summer, and, especially the holiday season. Ticket prices also vary depending on the day of the week.

One-day single-park tickets for December currently cost between $139 and $159. And one-day Park Hopper tickets (which let you visit multiple parks) are running between $199 and $224.

For reference, the Disney World site lists $109 as the base rate for a one-day ticket. 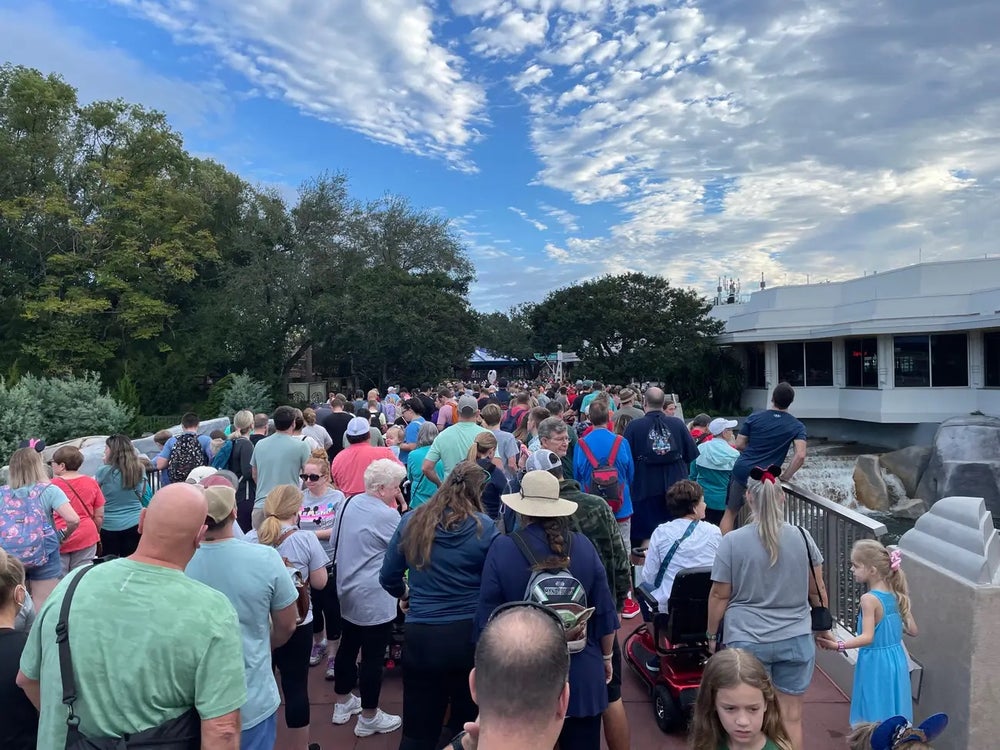 If you couldn’t land a reservation at your favorite sit-down restaurants, you can also expect long lines at the quick-service spots.

You can try to plan around longer lines by using mobile order in the My Disney Experience app. But on super busy days, you may need to place your order several hours before you’re actually hungry.

The seasonal food booths at Epcot’s International Festival of the Holidays don’t accept mobile orders, so popular spots might have long lines all day. Hit these up first thing in the morning if they’re important to you.

Queue up early for Disney-provided transportation. 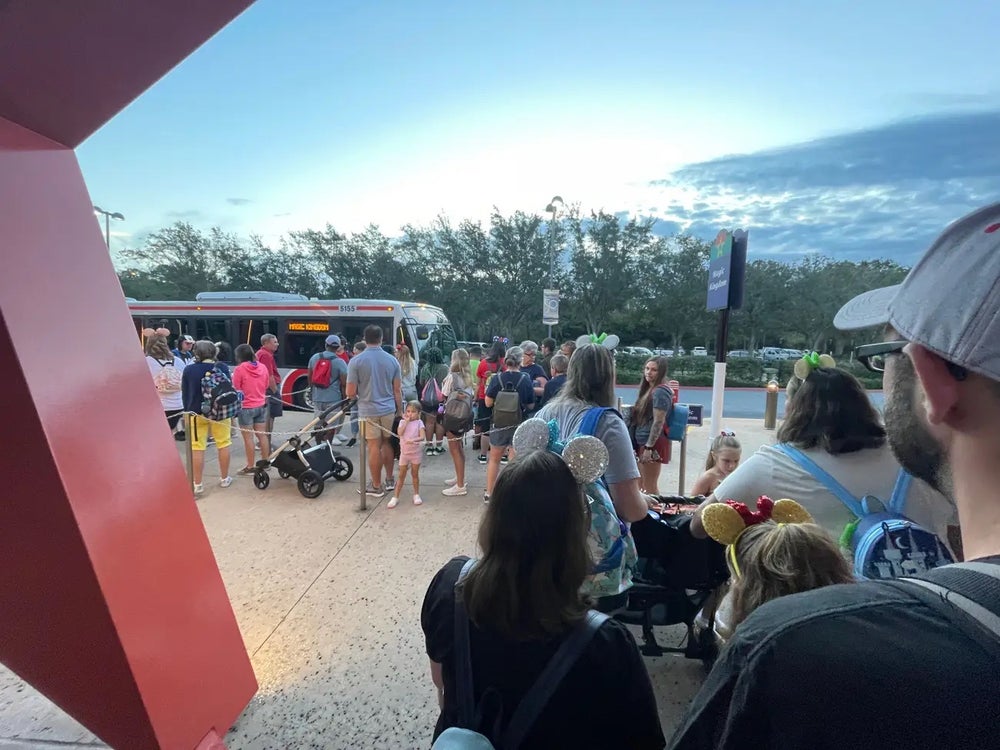 The bus lines at the resort were long during our recent stay. Timothy Moore

Long lines don’t just exist inside the parks. Even Disney’s transportation options — buses, boats, the Skyliner, and the monorail — fetch longer-than-normal lines at the end of the year.

It’s important to remember this when planning out your day because even at non-peak times, it can take more than an hour to get on buses at popular Disney hotels.

If I’m going to a park early in the morning, I set my alarm for two hours before the first bus is scheduled to depart and try to get to the stop an hour early.

Even then, I’m usually not the first in line.

It’s hard to get a good spot for the daytime parades. 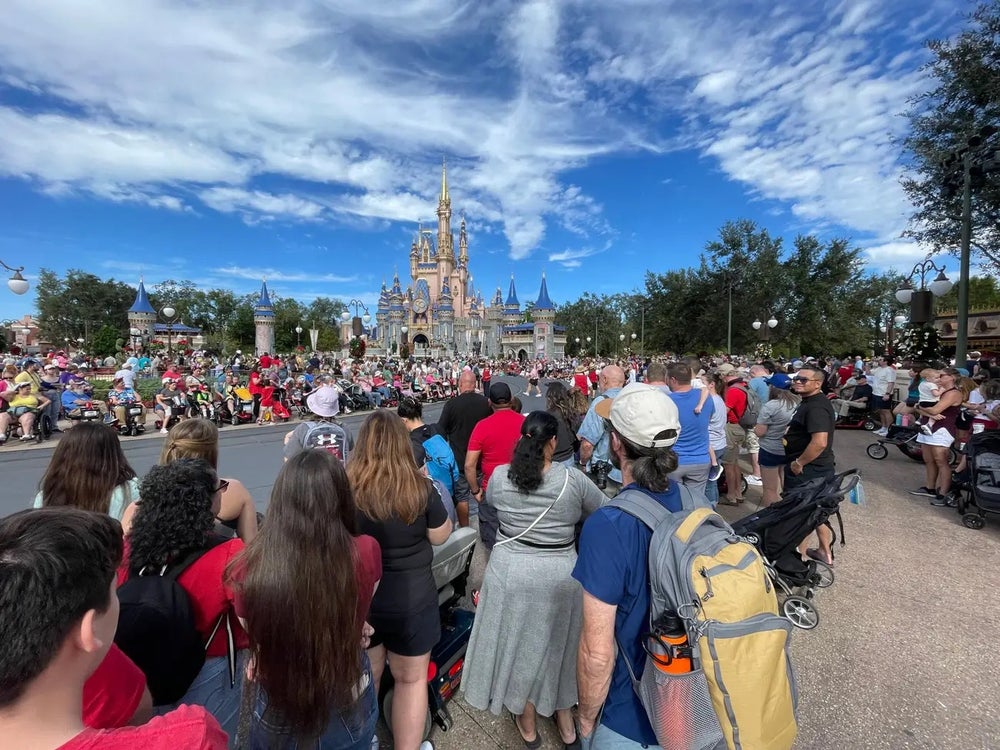 I’m more of a grab-a-cocktail and hop-on-a-ride kind of guy, but even I like to catch the occasional parade at Magic Kingdom.

Although they run multiple times a day (weather permitting), they get extra busy during the holidays.

Plan to be packed shoulder-to-shoulder while watching “Festival of Fantasy” on Main Street.

The seasonal parades and shows are totally packed. 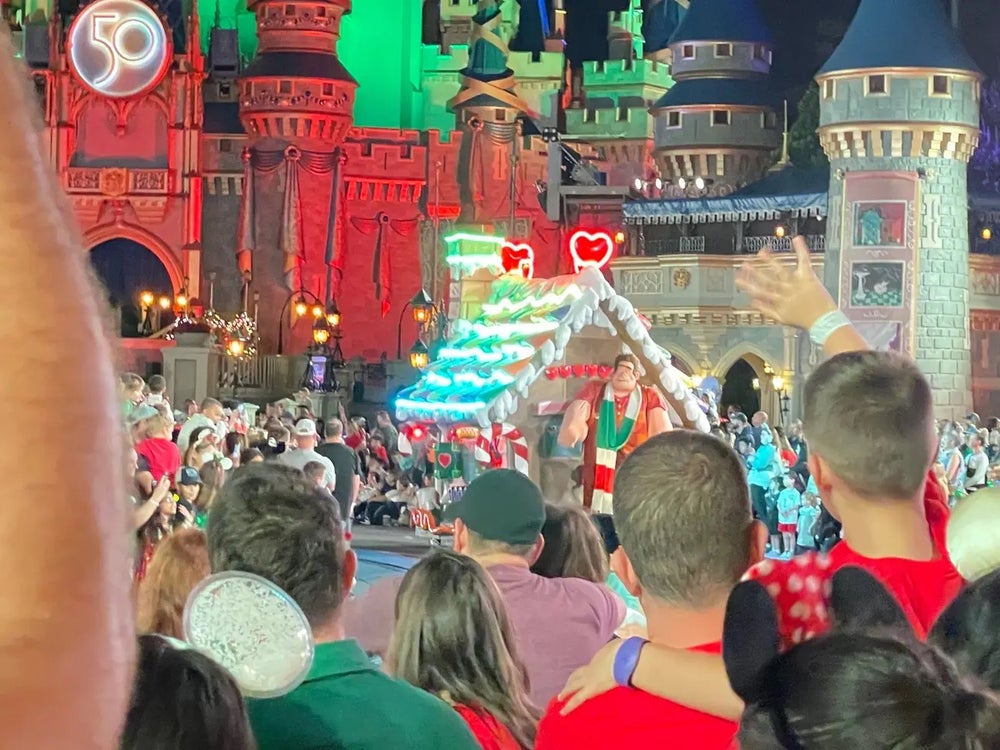 You can’t always see everything through the crowds. Timothy Moore

The holiday parade at Magic Kingdom’s Christmas party is even more crowded than “Festival of Fantasy.”

If you’re not tall enough to stand behind the crowds — or if you’ve got little ones who want to wave to Mickey — grab a spot along the parade route at least half an hour ahead of the scheduled start time.

One of the hardest shows to see this time of year is Epcot’s “Candlelight Processional” — people start lining up really early.

If you aren’t willing to sacrifice a good chunk of your evening, you may not get a seat for the seasonal show at all.

One reason it’s so popular is that Disney brings in celebrities to narrate it (Neil Patrick Harris is a recurring favorite). You might want to check the schedule ahead of time if you’re set on seeing someone specific.

Crowds for non-seasonal shows can also get hectic. 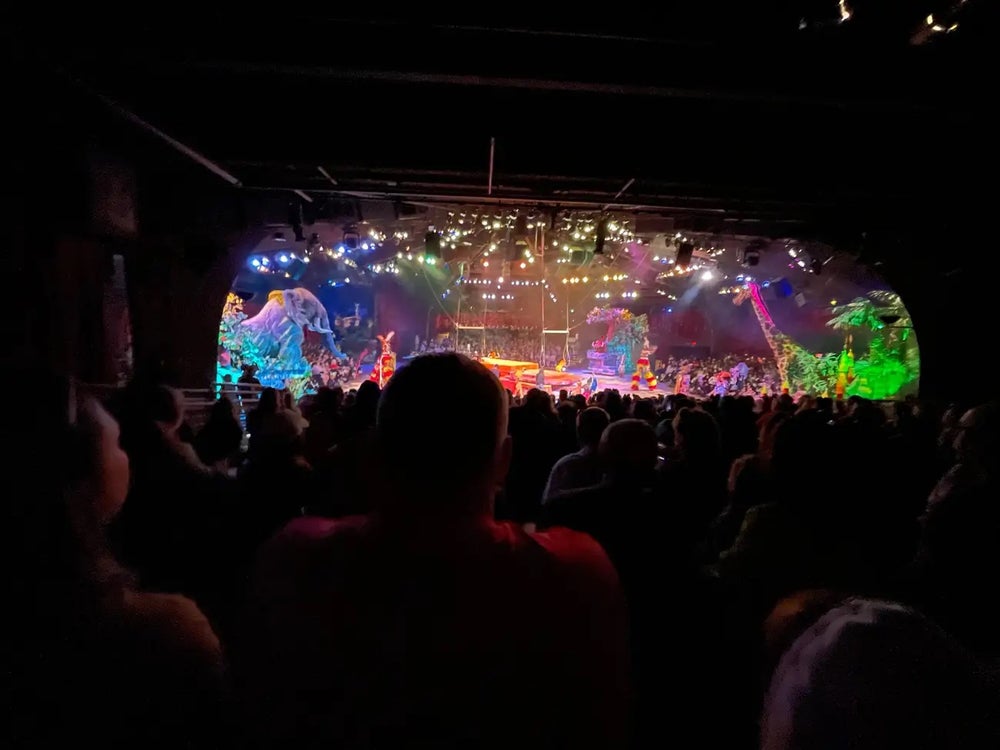 The nighttime spectacular Fantasmic recently reopened at Hollywood Studios after a temporary closure.

Despite lining up 45 minutes before the show started, we were squeezed into the back of the theater and couldn’t see the bottom half of the action-packed stage area (on the water).

Other year-round shows were also crowded.

Whether you want to see the “Frozen” sing-along at Hollywood Studios or “Festival of the Lion King” at Animal Kingdom, line up early — and expect lots of chaotic crowds pouring out of the theaters afterward.

The fireworks crowds are even worse. 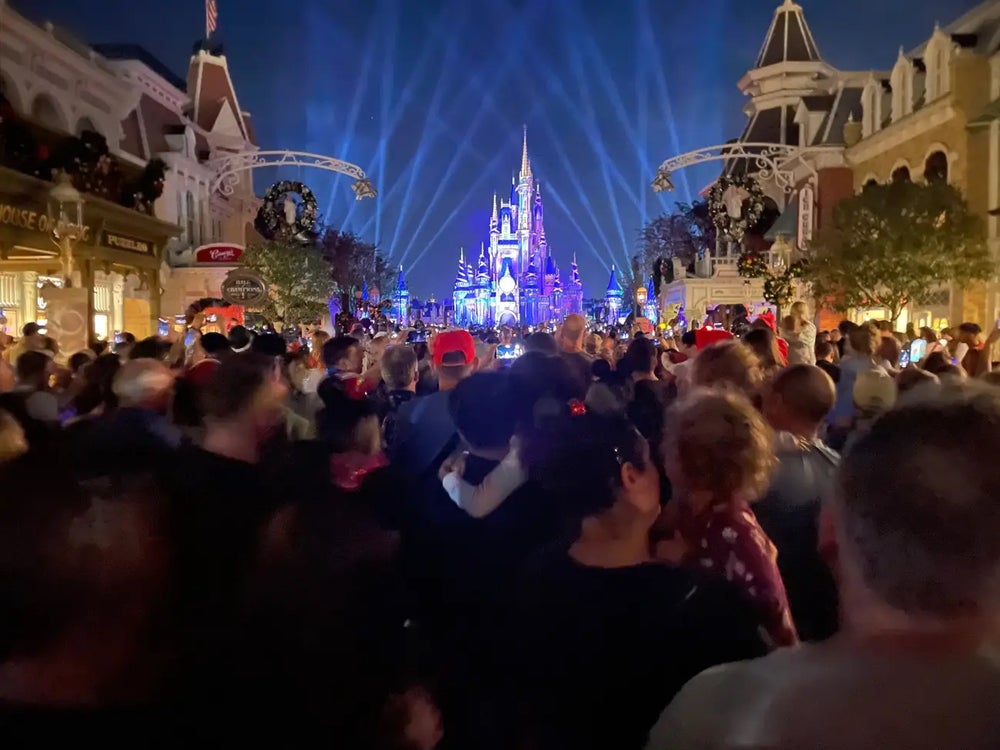 It’s hard to see all the castle projections from the back of Main Street. Timothy Moore

If you don’t like crowds, it’s probably best to steer clear of Main Street in Magic Kingdom leading up to “Disney Enchantment.” People start grabbing spots several hours before the fireworks show.

If seeing the fireworks is the ideal nightcap to your park day, call it quits on the rides at least an hour before the show starts.

We showed up half an hour early and were forced more than halfway down Main Street. I’m tall enough to see over people’s heads, but for many, being this far back means missing the fun castle projections.

To a lesser extent, Epcot’s World Showcase can get pretty packed ahead of “Harmonious.” But you can usually get a decent view even if you grab a spot just 10 minutes before the fireworks start.

The ticketed Christmas party comes with some freebies, but they might not be worth the high cost for you. 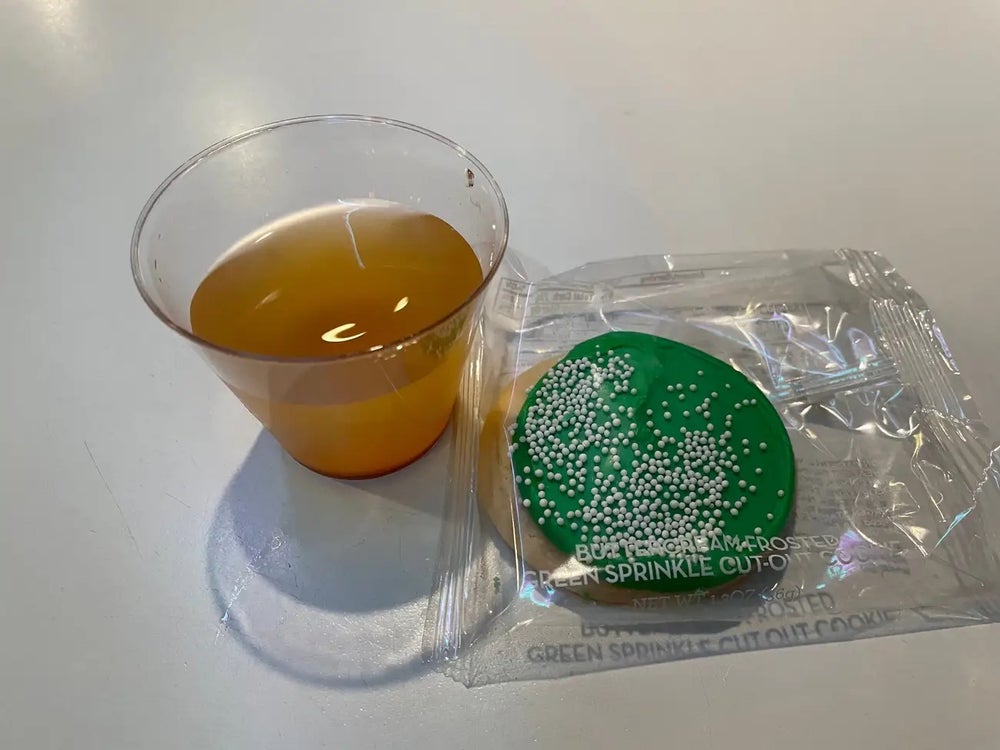 I spent $180 to attend Mickey’s Very Merry Christmas Party this year. The event is now sold out, but tickets for the busiest nights went for over $200 with tax.

Although this party is pretty spectacular (special fireworks, a Christmas dance party, and free cookies and hot cocoa), it can also drain your savings if you’re trying to do Disney on a budget.

The smaller crowds are nice compared to visiting the parks during the day. But paying $200 a person to experience them isn’t so magical.

If special snacks, exclusive entertainment, and very short wait times sound appealing to you, you might still want to shell out for the event. 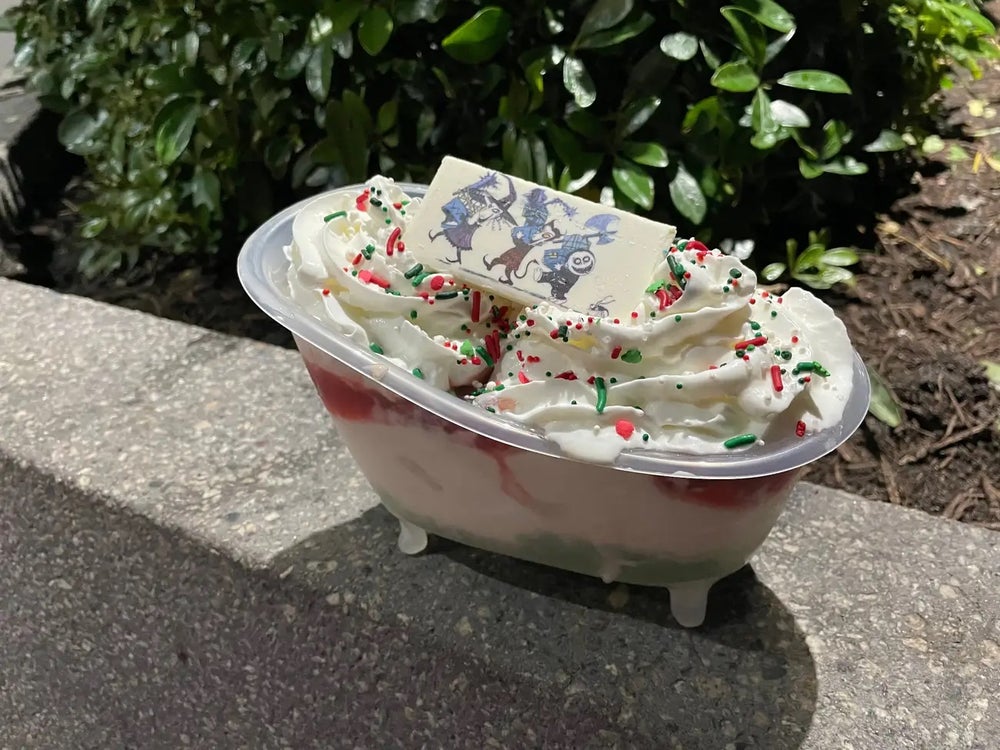 You can drop a lot of cash on exclusive snacks during the Christmas party at Magic Kingdom.

They were absolutely delicious, but I don’t know if it was worth it to spend over $25 on two snacks. 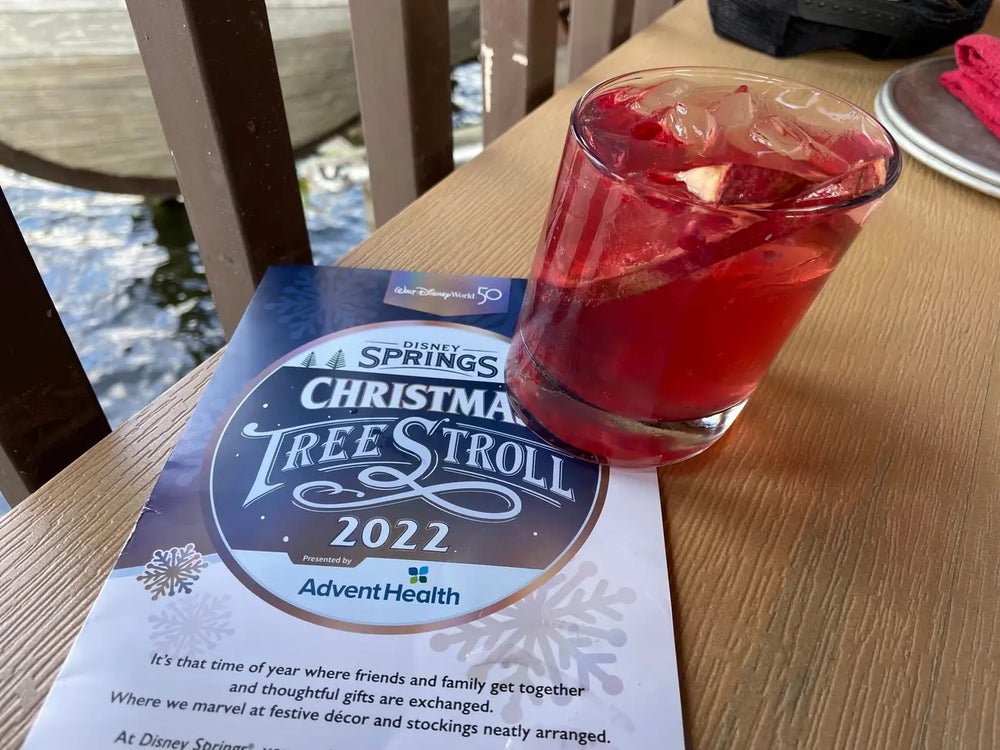 The seasonal drinks at Jock Lindsey’s Holiday Bar cost between $13 and $27. Timothy Moore

Jock Lindsey’s Hangar Bar at Disney Springs gets a Christmas makeover every year.

Its seasonal drinks are full of holiday spirit, but they’re also outrageously expensive, ranging from $13 to $27. Ordering just a couple was enough to blow through my lunch budget for the day.

I recommend finding a friend and sharing the cocktails so you can taste more of them for less.

But still, Disney World is pretty magical this time of year, and I have tips to make the most of it. 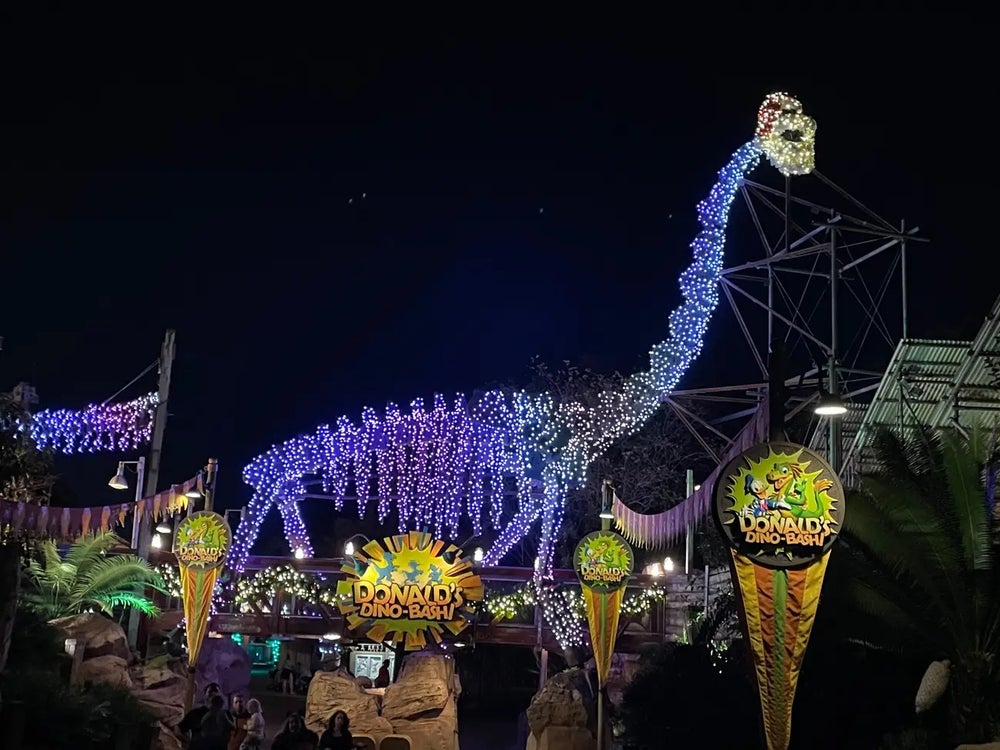 There are ways to plan ahead and beat some of the bigger crowds. Timothy Moore

Large crowds and high prices can quickly deflate your holiday spirit, but I’ve got plenty of tips to find Christmas magic at Disney World.

First off, I recommend visiting the week after Thanksgiving or the first week of December.

Holiday crowds are typically much higher during the week of Thanksgiving and the weeks leading up to Christmas. The week between Christmas and New Year’s is often the busiest of all.

Rope-drop the parks and use Genie+ if you can. 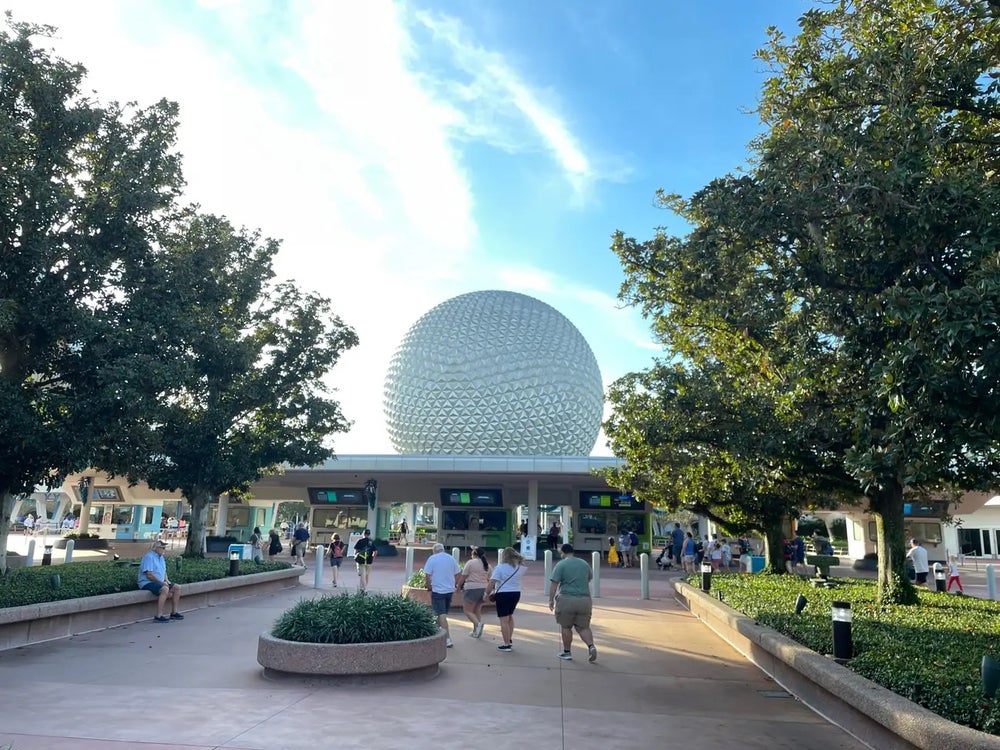 It’s worth it to get to the parks early. Timothy Moore

Wait times will be long, so start your day early by “rope dropping” (getting to the park gates an hour or more before they open) to experience a few rides before the crowds swell.

And although it costs an extra $15 a person each day, paying for Genie+ can help you experience more attractions without standing in long lines because you can book expedited Lighting Lane passes.

If rides are your priority, stay in the parks as late as you can. 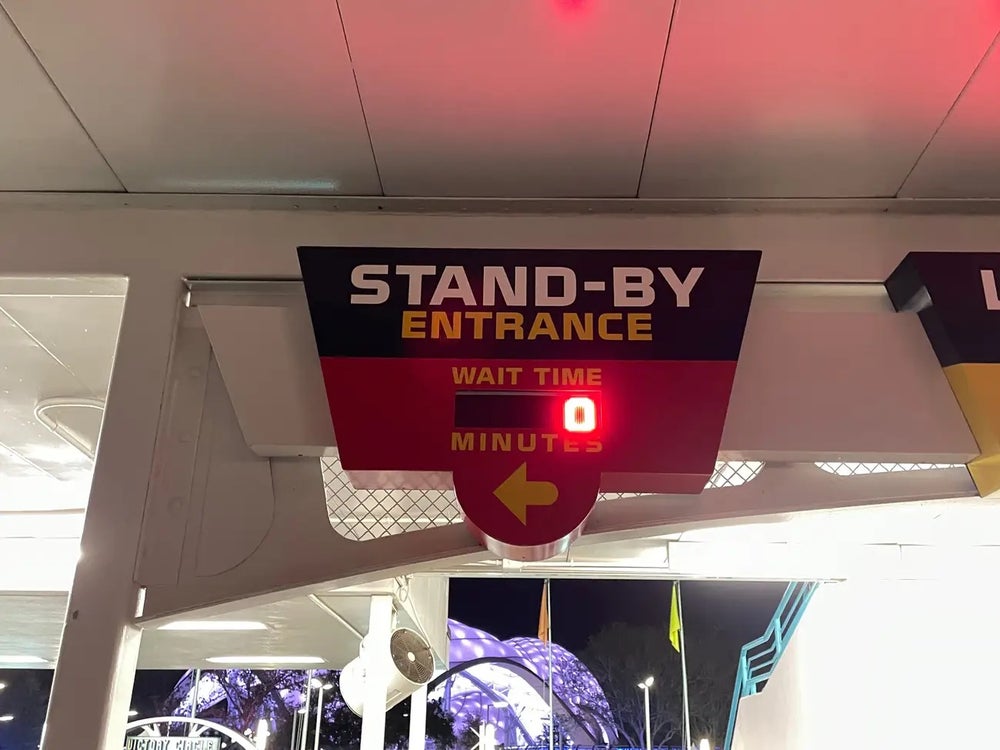 Wait times are the shortest at night while people are watching the shows. Timothy Moore

Crowds don’t necessarily thin out at night, but with Disney’s wealth of nighttime fireworks shows, attraction wait times tend to go down.

That’s the perfect time to catch a ride on Splash Mountain or Soarin’.

Plan to chill out at your resort on weekend days. 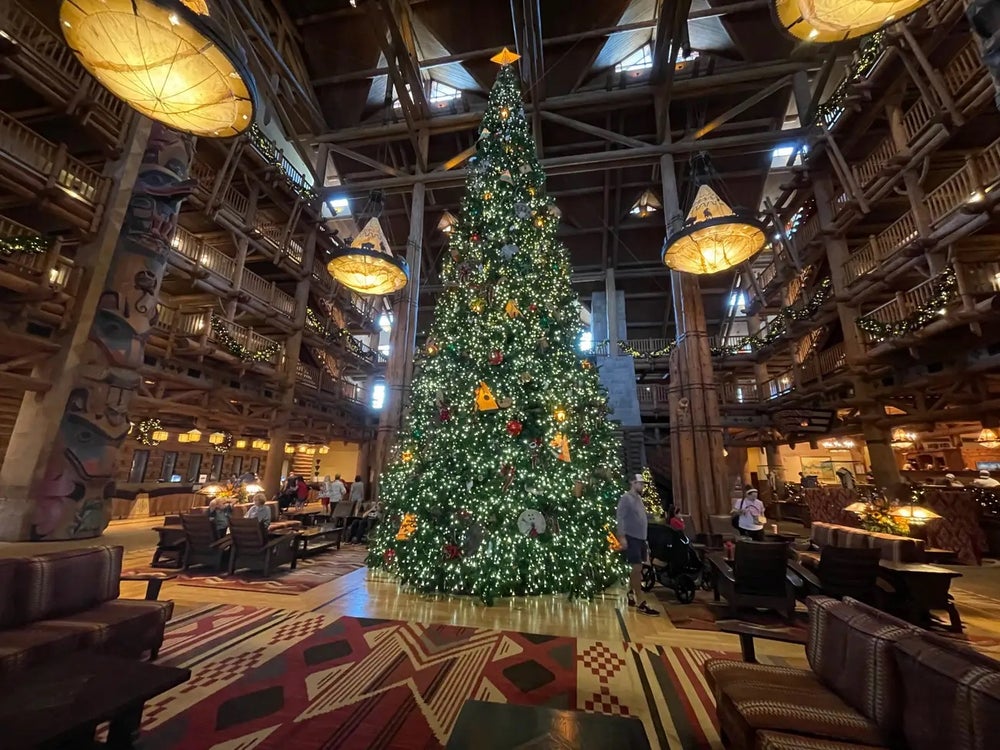 If you’re staying on the Disney property, plan a rest day for Saturday or Sunday. Timothy Moore

Since weekends are especially busy at the parks, it’s the perfect time to enjoy your hotel’s pool or hop over to other resorts to see all the seasonal decorations.

We spent one weekend evening on the BoardWalk and saw live performers with no crowds.

We also planned a weekend breakfast at ‘Ohana at Disney’s Polynesian Resort, which let us meet Mickey, Minnie, Lilo, and Stitch without waiting in any lines.

3 Ways To Improve Your Marketing Strategy For 2023

Use customer health data to grow and forecast NRR • TechCrunch

What goes up must come down • TechCrunch