What Is Lensa AI App — And Is it Dangerous for Your Privacy?

If you’ve scrolled through any social media platform this week — particularly Instagram — you’ve probably seen a slew of digitalized portraits shared by friends. They look animated, cartoonish, and above all, hauntingly beautiful.

The portraits are generated by a new photo app, Lensa AI, which aims to make “your selfies look better than you ever could have imagined.”

Lensa uses artificial intelligence to digitize portraits in a variety of categories, from anime to fantasy to what they call “stylish” — which most closely resembles an oil painting set to a bold colored or blank background. The app itself is free, but the portraits come at a cost. With a seven-day “free trial,” users can upload 10 to 20 selfies and then select a package of unique avatars, ranging from 50 for $3.99, 100 for $5.99, or 200 for $7.99. A year-long subscription is $35.99.

However, the app’s popularity has raised questions regarding privacy as well as the potentially harmful nature of editing apps and filters that have flooded social media since the creation of Snapchat in 2011, FaceTune in 2013, and ultimately TikTok in 2016.

About three years ago, New Yorker writer and author Jia Tolentino famously cracked down on the dark side of social media filters, bringing to light an increasingly popular trend in cosmetic surgery in young adults aiming to achieve the “Instagram face.”

The “single, cyborgian face,” she writes is, of course, young. “It has catlike eyes and long, cartoonish lashes; it has a small, neat nose and full, lush lips,” she continues. “It looks at you coyly but blankly, as if its owner has taken half a Klonopin and is considering asking you for a private-jet ride to Coachella.”

However, unlike other filters on social media and photo-editing apps like FaceTune, Lensa doesn’t try to look “real,” but rather leans into a new kind of photo distortion rooted in its other-worldliness.

I tried the app myself and followed the instructions prior to generating the portraits. It requires a minimum of 10 photos (with a maximum of 20) and demonstrates examples of “good” and “bad” selections. A good selection is an up-close selfie that showcases your natural features. A bad selection is you on vacation, slightly far away, but still looking at the camera.

After the photos are selected, the technology takes up to 20 minutes to generate the portraits in 10 styles: fantasy, fairy princess, focus, pop, stylish, anime, light, kawaii, iridescent and cosmic.

Related: 3 Ways Artificial Intelligence Will Transform The World in 2023

The “portraits” look like me, it’s undeniable, but there’s something both dream-like and dystopian in the similarities and differences. Lensa accurately captured my green eyes and dark hair. What was most unsettling was the accuracy with which it captured my somewhat awkward, closed-mouth smile that is present in so many of my photos and real life. 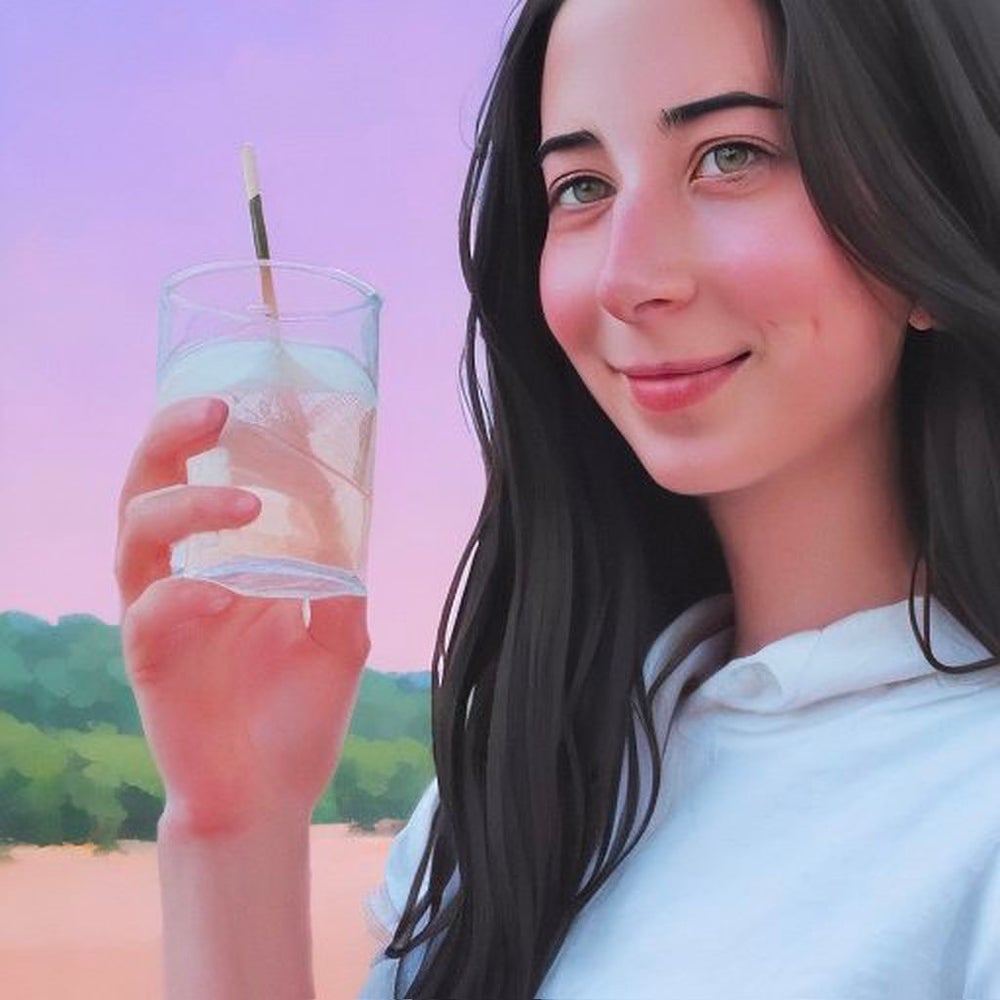 Made with Lensa AI

However, the girl in the portraits looks like me in the way, perhaps, someone might look like me if they played me in a Hollywood film — she’s younger, with a more narrow nose, protruding collarbones, and fuller lips — in short: she’s far better looking. Another unsettling difference was that despite my selection of photos only being selfies from the neck up, Lensa either animated my body to be strikingly thin and several photos revealed cleavage in halter tops and gowns, with others showcasing objectively suggestive poses — which I only later realized could be considered lucky compared to what other women have gotten from the app. 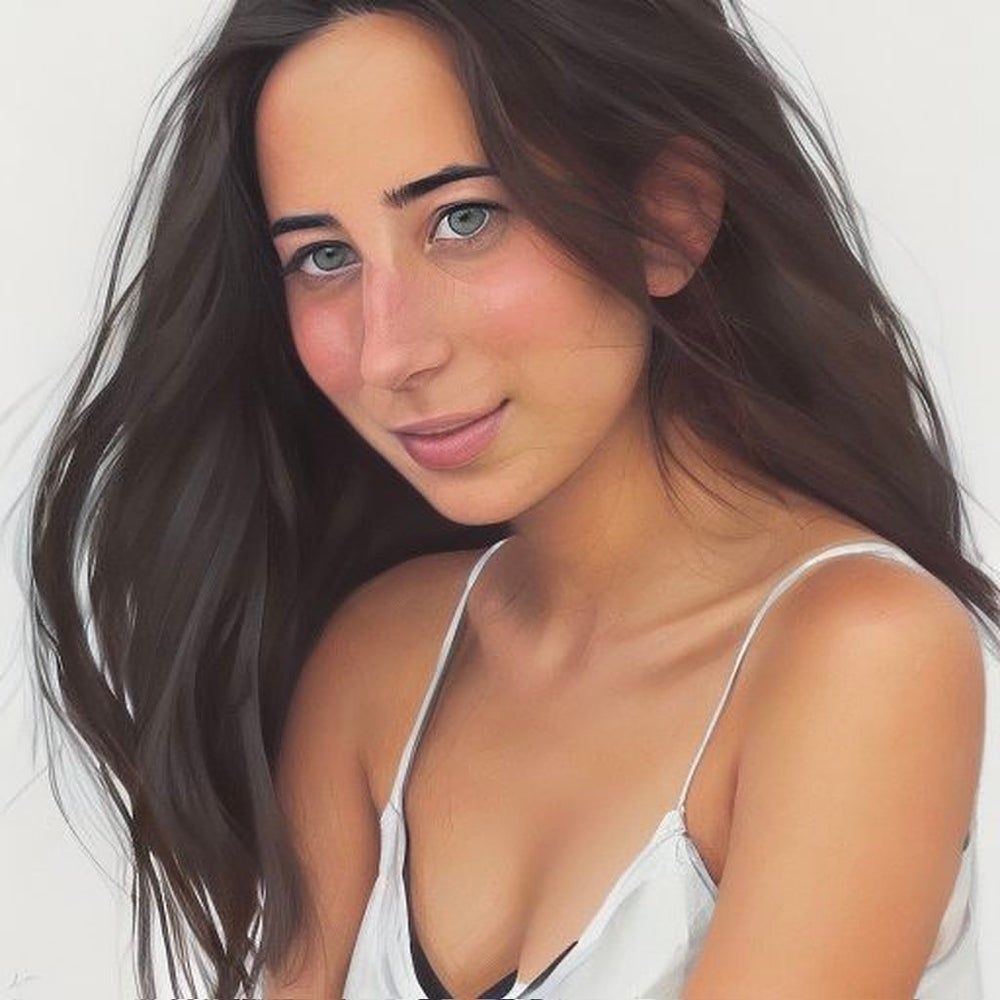 Made with Lensa AI

Melissa Heikkilä, a senior reporter at MIT Technology Review, wrote that of the 100 avatars generated, 16 were topless and another 14 had her in “extremely skimpy clothes and overtly sexualized poses.”

And Heikkilä isn’t the only one. Zoe Sottile, a reporter for CNN, had a similar experience wherein Lensa generated jarringly sexualized images despite her photos uploaded being fully clothed. “In one of the most disorienting images, it looked like a version of my face was on a naked body,” she writes. “In several photos, it looked like I was naked but with a blanket strategically placed, or the image just cut off to hide anything explicit.”

However, when it comes to male avatars, the portraits exude both masculinity and strength: generating men as warriors, astronauts, and something resembling a Top-Gun-like themed photoshoot.

After generating my own avatars, and reading about similar experiences from other women, it suddenly became clear why the app, before generating your portraits, requires you to be “the age of majority (18/21+).”

Entrepreneur has reached out to Lensa AI for comment.

Related: Artists Are ‘Concerned For The Future Of Human Creativity’ After the Use Of AI-Generated Art

Aside from the possible concerns of ethics and the sexualization of women, the app poses privacy concerns for users. Since it uses facial recognition to generate the portraits, the question looms as to how long — and where — those photos are ultimately stored. According to the app’s privacy policy, it uses TrueDepth API technology, and user photos “train our algorithms to perform better and show you better results.”

However, some have concerns about what happens to the data. “Do you really want your face on a large database? People need to decide for themselves about this but it’s not benign, there’s nothing to this, it’s not just fun,” Kerry Bowman, a bioethicist at the University of Toronto, told CTV News.

However, the company Tweeted that images are erased from the server after being generated.

As soon as the avatars are generated, the user’s photos and the associated model are erased permanently from our servers. And the process would start over again for the next request.

Lensa AI first launched in 2018 as a product of Prisma, which functioned as a photo-editing and filter app along with the ability to transform images into works of art. However, in November 2022, it launched the “Magic Avatar” feature that has been sweeping social media and generating highly-sharable images. Given the recent emergence of the app, it remains unknown what privacy and psychological repercussions Lensa poses.

Last month, FaceTune faced a class action lawsuit in Illinois claiming that the app illegally collects, stores and uses consumer data as a violation of the Illinois Biometric Information Privacy Act (BIPA). The plaintiffs are three Illinois parents who claim Lightricks (FaceTune’s parent company) collected the biometric data of their children, ages 4, 10 and 13.

While Lensa maintains its privacy promise, the app is still new, and therefore a lot remains unknown. As for the somewhat ethical and psychological concerns posed by such photo-editing apps, legal action might be tricky, as engaging with the app, at its core, involves a sort of welcoming of one’s visual distortion.

Related: Is AI A Risk To Creativity? The Answer Is Not So Simple

Of the reviews for Lensa on the app store, most are overwhelming positive — praising it as the “best of its kind” or one user saying they “love the app,” and continue to use it despite minor glitches. The most negative complaints are in relation to the photo limit, glitches and cost. Other complaints involve dissatisfaction with the quality of certain photos, stating that in some images eyes are distorted or limbs look unnatural. “I have fingers that look grotesque, eyes that are colored incorrectly, or one eye is larger than the other or drooping, faces that are deformed or dismembered, my head either cut off or completely missing in photos,” another user writes.

So for those looking for an airbrushed AI makeover, maybe Lensa isn’t the ideal app after all.

The Startup Magazine Certifications in Construction: Boost Your Blue-Collar Profession, No Matter Where You Are

The Startup Magazine Certifications in Construction: Boost Your Blue-Collar Profession, No Matter Where You Are

The Beginner’s Guide to Understanding Data Science and Machine Learning

The Startup Magazine City or Country – This Car Does It All! – Sponsored